Winter is the Championship season of the Basketball Geelong competition.

This year it commences on the week starting the 11th April 2016.

Our team lists will be up soon.

The Dolphins Basketball Club is looking to build on the successes of our last Winter campaign and good preperation from players and coaches will ensure a great start.

Good luck to all teams.

Dolphins teams in the Grand Finals this week.

Congratulations to the Dolphins sides who have made the Summer competition Grand Finals. Getting there reflects determination and commitment from players and coaches. We ask club members to get along and support these teams over the next week.

Notes: Team finished second on the ladder during the regular season.

Notes: Team finished fourth on the ladder during the regular season.

Notes: Team finished fourth on the ladder during the regular season.

Notes: Team finished first on the ladder during the regular season.

Congratulations to Stef and the girls on a great win.

Regrettably there will be a fee increase of $10 each for Dolphins Basketball Club membership this Winter Season.

This will be the club's first fee increase in over 10 years but it has reached the point where training costs have outstripped our revenue.

Thank you for your understanding on this matter.

Hi to all our members,

We hope you have all had a fantastic holiday season and are looking forward to get back on board for the remainder of our 2016 summer season.  If any of you have any concerns or questions regarding Dolphins basketball please remember to contact the secretary’s directly.

Our senior teams have already been back for a week (And a men’s Div 1 win so I hear) well done guys!
Juniors are back MONDAY 25!  For games and training.  Check basketball Geelong for time and venue.
TUESDAY 26  is a public holiday so no training or games on Tuesday.

Training venues and times are the same as last year unless your coach has been told otherwise.  Remember to contact your coach first if you cannot train or play.

A big THANK YOU  to everyone who participated in the Bunnings barbeque in December…..it was our best ever!
We will be having an Easter fundraiser if any of our parents/senior players can help out please shoot me an email,  many hands make light work.

Let’s finish this season on a high.

Thank you all. Go Dolphins!

Dolphins have returned to the Division 1 Men's Comp!!!

After a couple of seasons regrouping the Dolphin's senior mens side is once again back into Division 1.

Still without a tall but sporting a committed coach and team of players who put a together strong season in the twos it is great to see them taking this step.

A big thank you to those who assisted last year and a warm welcome to all those who have committed to roles within the Dolphins Basketball Club this year. It takes people being prepared to put in the time and effort into running our club for it to be successful.

Decisions were made at this year's meeting aimed at both spreading and easing the load for those with roles within our club.

One was to split the secretary's role in two. Mel Davis will be looking after the Boys and Stef Tripodi takes on responsibility for the Girls.

Another was to have communications with club officials to be email driven rather than phone or text. This is to allow those officials to better manage their time commitments to club matters. Over the next week or so we will work toward having all emails contacts to go through dolphinsbasketball.org.au. These will be listed on the contacts page as they are verified. Please refrain from using the personal email addresses of club officials once the new ones become available. 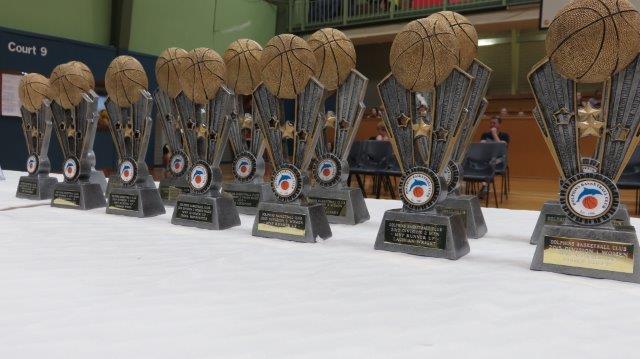 Congratulations to all the trophy winners and thank you to all the members who showed up to celebrate the efforts of our players throughout the Winter season.

A big thanks also to Melissa Davis who stepped up and ran the day.

A list of winners will be posted shortly.Good luck to all teams this season.

Congratulations to all those who were recognised in this years awards.